Portugal is undisputedly one of Europe’s “it” destinations for business and leisure travel, thanks to its potent mix of gastronomy, culture, and colorful history as a forerunner to today’s “multinational companies” during Age of Exploration with its goal to expand its presence and influence worldwide. 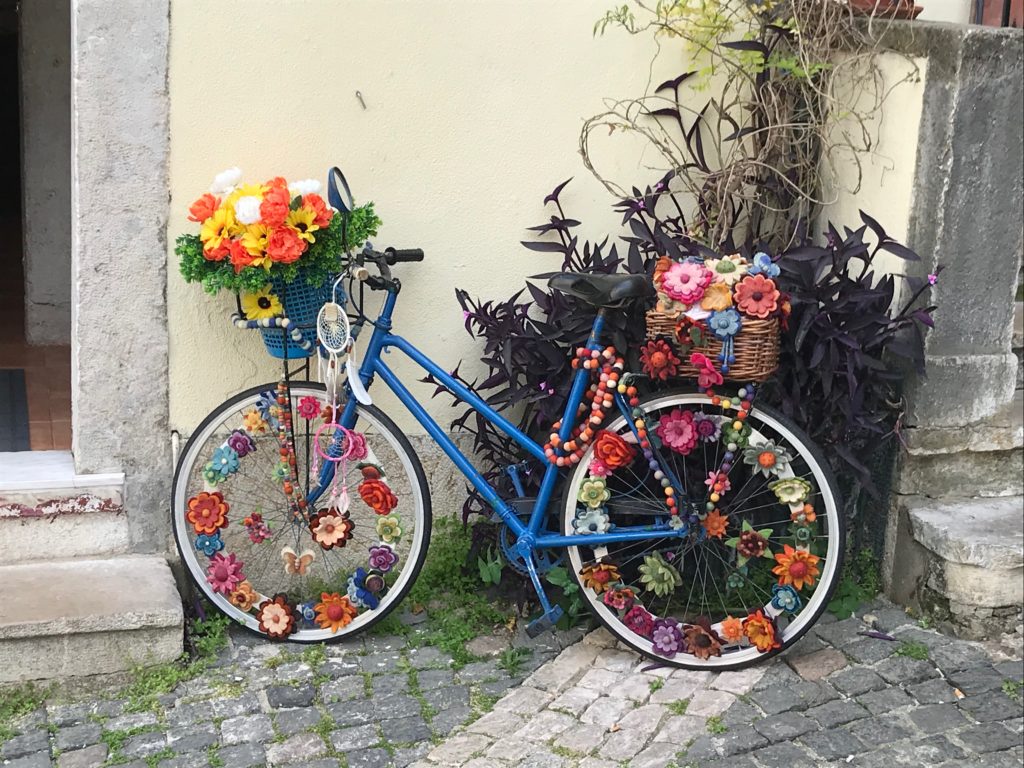 Getting from here (Lisbon)….

Half a millennium later and in the same spirit, TAP Air Portugal (flytap.com/en-us) is pulling out the stops to carry more travelers from the Americas to Lisbon and beyond through a carefully plotted expansion. This coming June, the airline will be adding new Lisbon-bound routes from Chicago, Toronto, Washington D.C., and San Francisco based on the success of its New York, Boston, and Miami originating flights. In late March, the airline launched its Lisbon Dublin and Lisbon-Tel Aviv routes with great fanfare, accompanied by a series of splashy events that not only featured the familiar cake cuttings, balloons, and speeches but also the inclusion of Israeli government influentials bringing a touch of diplomatic gravitas to parties whose guests include travel agents and lifestyle writers. 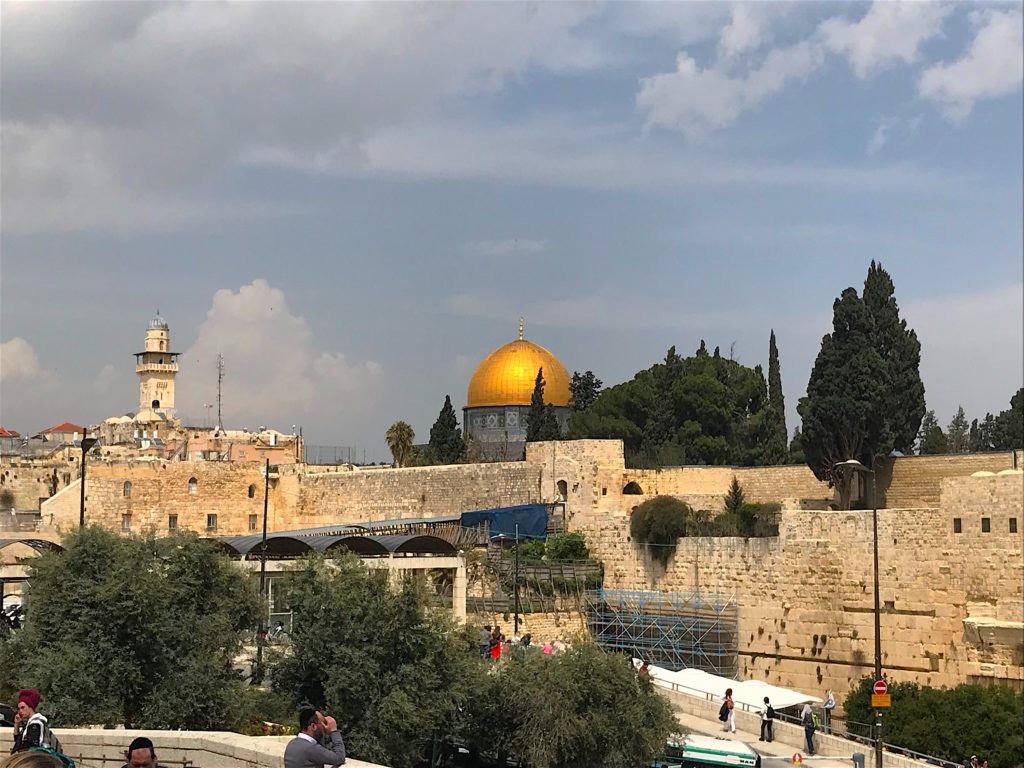 …to there (Israel; Jerusalem pictured).

On one hand, TAP’s arrival in Israel provided their general public a welcome distraction to the intense political goings on at the end of the recent election. News coverage from “The Jerusalem Post,” “PassportTV,” “The Times of Israel,” and other outlets included footage of the TAP Airbus A321LRjet’s arrival at Ben Gurion Airport at 9:00 p.m. along with a ceremonial “water salute.” Cameras rolled as TAP CEO Antonoaldo Neves and members of a delegation from Israel’s Ministry of Tourism gave speeches at the start of a two-hour welcome reception. 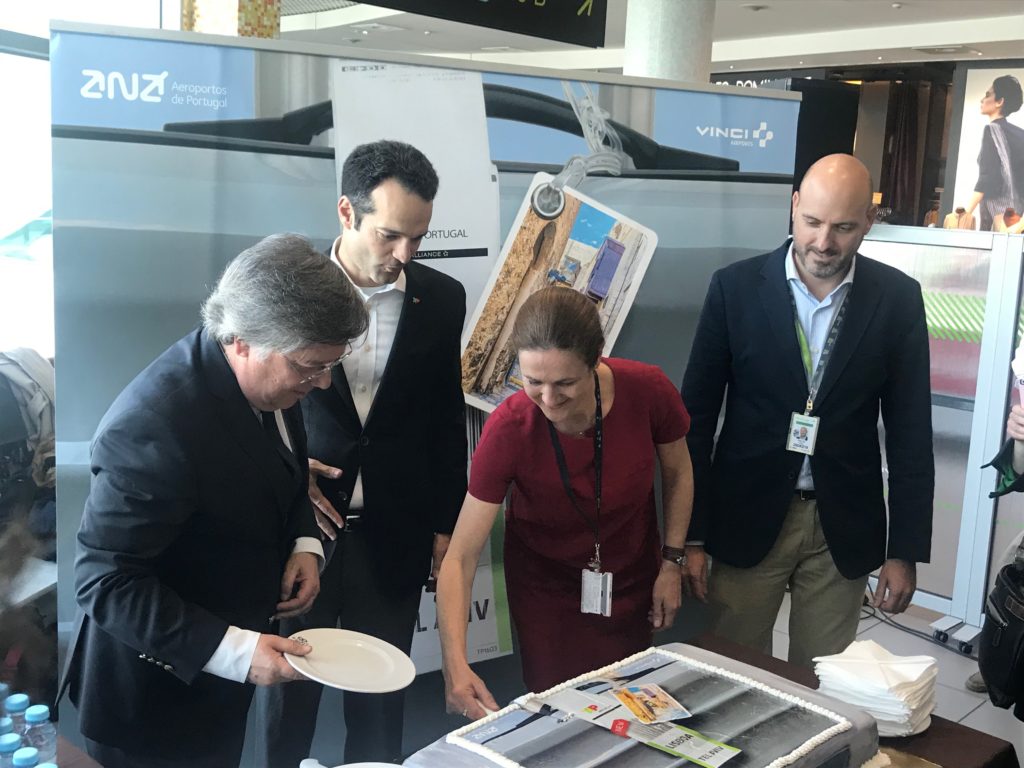 The TAP festivities continued into the following evening, even though the invited journalists’ itinerary referred to this as a “dinner with the CEO.” Like an elaborate Beverly Hills bar mitzvah, the fashionable event space in Tel Aviv’s Jaffa was tricked out with costumed dancers, live music, themed Brazilian decor, expansive buffets and open bars, a fleet of travel agents, and Ministry of Tourism members assuming the roles of doting older bar mitzvah guests. Neves stayed on-message from the cake cuttings in Lisbon and at Ben Gurion, channeling a rock star politician persona (think 2008-era Barak Obama) to eager onlookers. 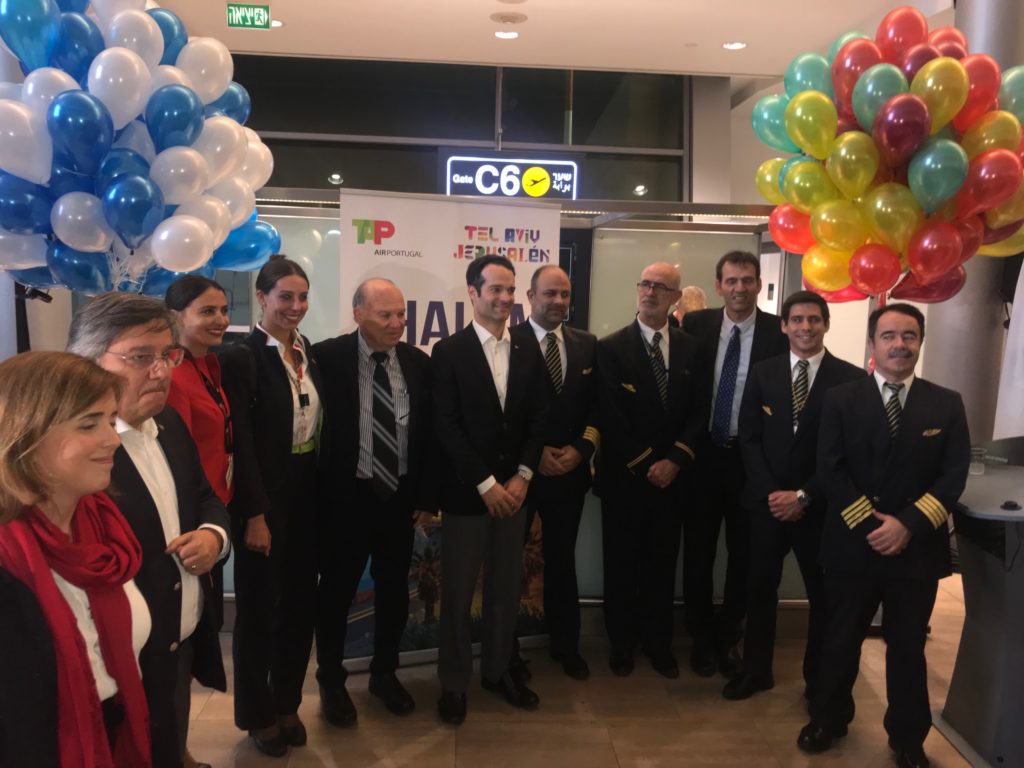 …and on arrival at Ben Gurion Airport, Tel Aviv, Israel.

There was a revealing moment during the banquet when a key member of the Israel Ministry of Tourism discussed an attempt in the 1980s to establish a Lisbon-Tel Aviv route that did not pan out. However, most speeches were dedicated to the two countries celebrating their Jewish heritage, interest in bringing more Jewish passengers from the Americas and elsewhere over, and tapping into a market of business travelers wanting a connection between Dublin, Tel Aviv, Lisbon, San Francisco, and other cities noted for their tech industries and business hub status. On the consumer end, a lot of the discussion focused on TAP’s value proposition for leisure and family travelers—the internationally acclaimed layover program (allowing people to add up to five days in Lisbon at no extra charge) expanding with the addition of the new hubs.

When I received my invitation to participate in the launch, flying business class on the first Lisbon-Tel Aviv flight, as well as on the return from Lisbon to New York JFK, the publicist followed up with a text: “This is not an April Fool’s joke, I promise.” After vetting this invitation, (as many press trip invites are not official until the writer has the plane tickets in hand), I thought it would be fun to experience a lot of TAP’s improvements in real time. 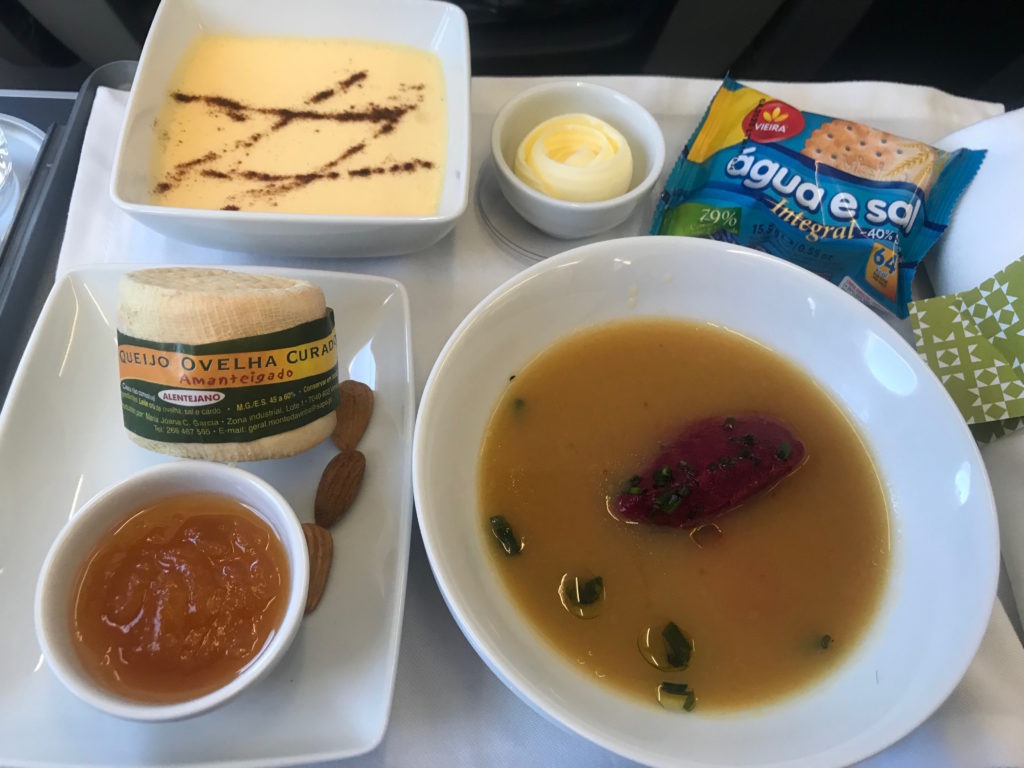 Though there were a few kinks on the debut flight to Tel Aviv (i.e. working out the correct number of Kosher meals and not having covetable business class amenity kits), the business class flight product was solid right out of the gate. While the padding in the seats on the Lisbon-Tel Aviv flight was not the cushiest, the seats’ shape and recline made for a very restful journey. The food presentation was also nicely done on all three of my business class legs, replicating a Lisbon café experience with dishes inspired by what’s being served in upscale restaurants blending traditional recipes with modern touches. While tasty “natas” egg tarts and gourmet sheep cheeses were plentiful and delicious, I’ll admit I was disappointed that the “star chef” food selection on the JFK-bound flight ran out before the flight attendants arrived in my section to take my order (something that’s routine in economy but shouldn’t be at the higher levels). 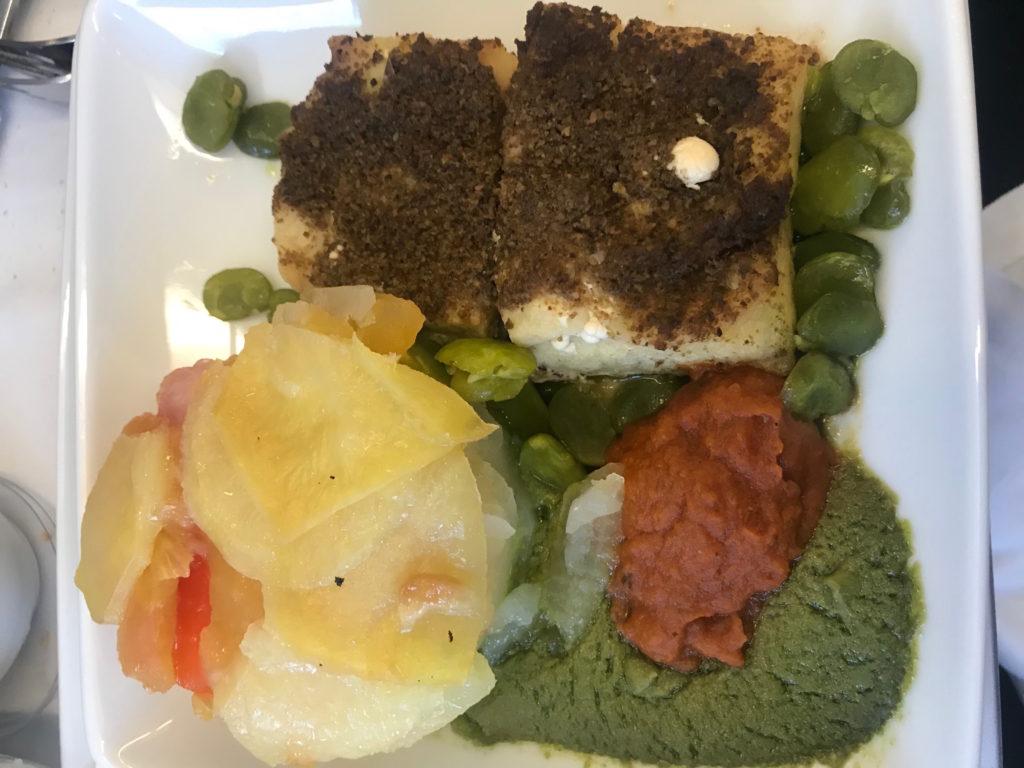 Not from the A-list chef, nor kosher, but nevertheless high-quality onboard fare for those in Business.

The business class amenity kits, meanwhile, are a bright spot. They capture Portugal’s personality and the welcoming image the airline wants to project to travelers. Instead of being a promotional piece for an international cosmetics brand or fashion designer, the bags feature whimsical illustrations of Porto, Madeira, and other cities and showcase homegrown skincare brand Castelbel. The packs also feature argyle socks in a fabric that is kind to feet but also thick enough to withstand unforeseen surprises that may come up on the floors. Although the lounge in Lisbon could stand some improving (mostly in the area of cleanliness in the eating areas and organization of furniture), the food and beverage selection is decent, with desserts bringing a sweet note to the experience. 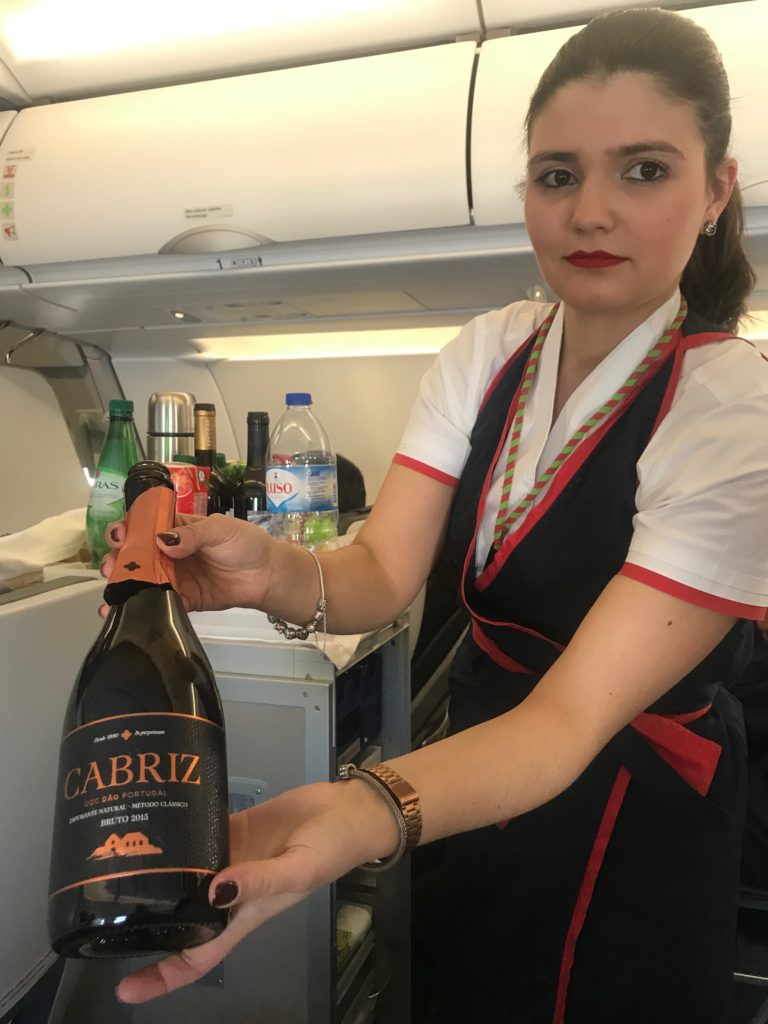 As a traveler who flew to Israel from New York City on other carriers where security far outweighed comfort and food quality, I’ll also admit I was intrigued with the idea of an alternative way to get Israel, even with the extra stop. With Lisbon having much to offer stay-over travelers (including easy travel to and from the airport), and Portugal actively promoting its Jewish heritage offerings to Jewish travelers, I found the layover program could offer value as well as a comprehensive, colorful immersion into the countries’ shared Jewish history and culture.