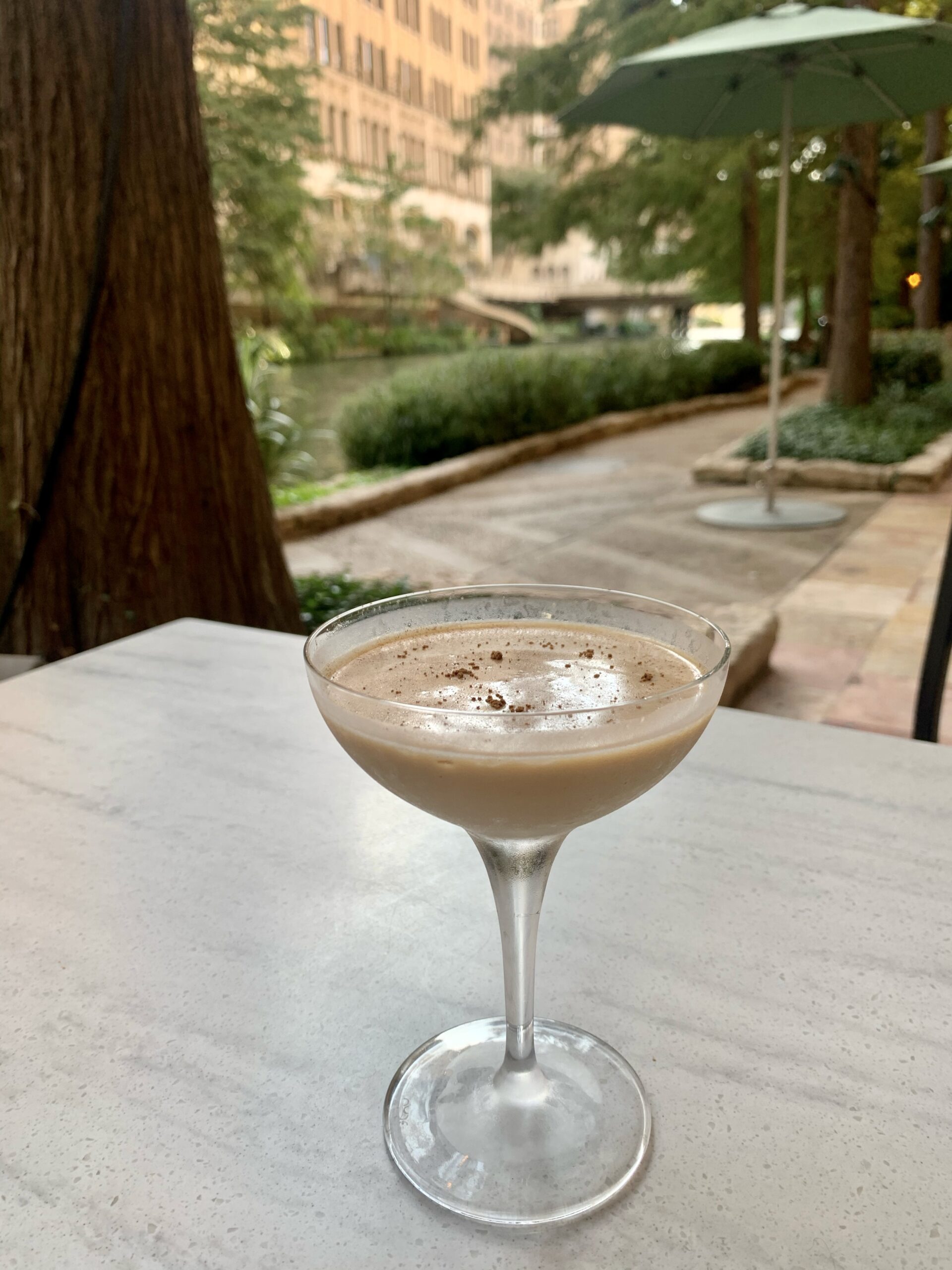 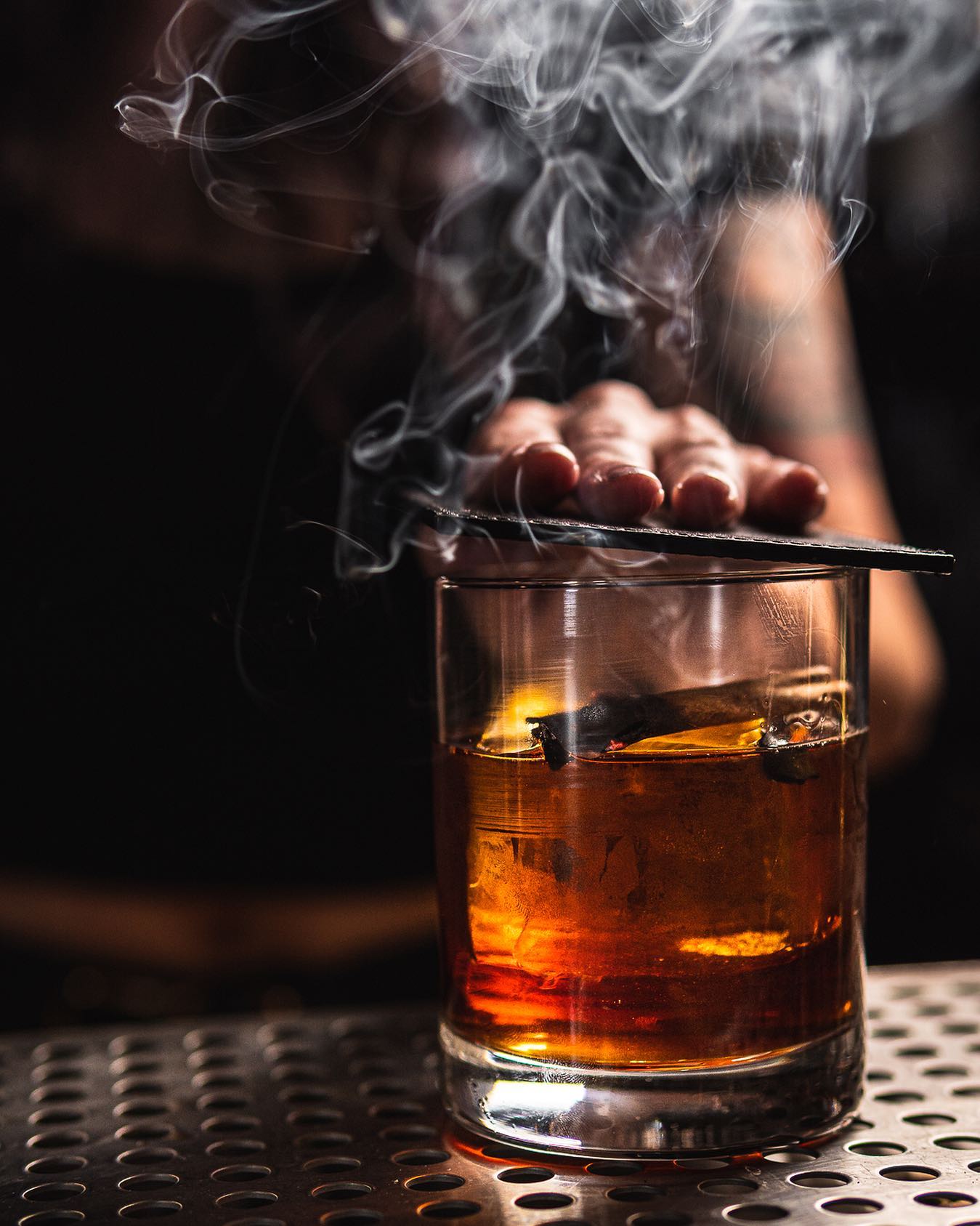 Situated in the 100+ year old Walker Library in downtown Tallahassee – named one of Southern Living’s Top 10 Cities of the South – Bar 1903 honors the history of mixology while pushing boundaries with the Demon Seal, a delicious rum-based drink full of fall flavor such as allspice, maple and chai. The ideal sip to warm the coolest of nights, this lively libation is finished off with cinnamon-infused smoke.

Instructions: Stir rum, maple chai spiced syrup, allspice dram and citric acid together, then pour onto a hand-cut king ice cube. Then, smoke the cinnamon stick and add to the drink – quickly covering the glass to capture inside. When presenting the cocktail, remove the covering and cinnamon stick. 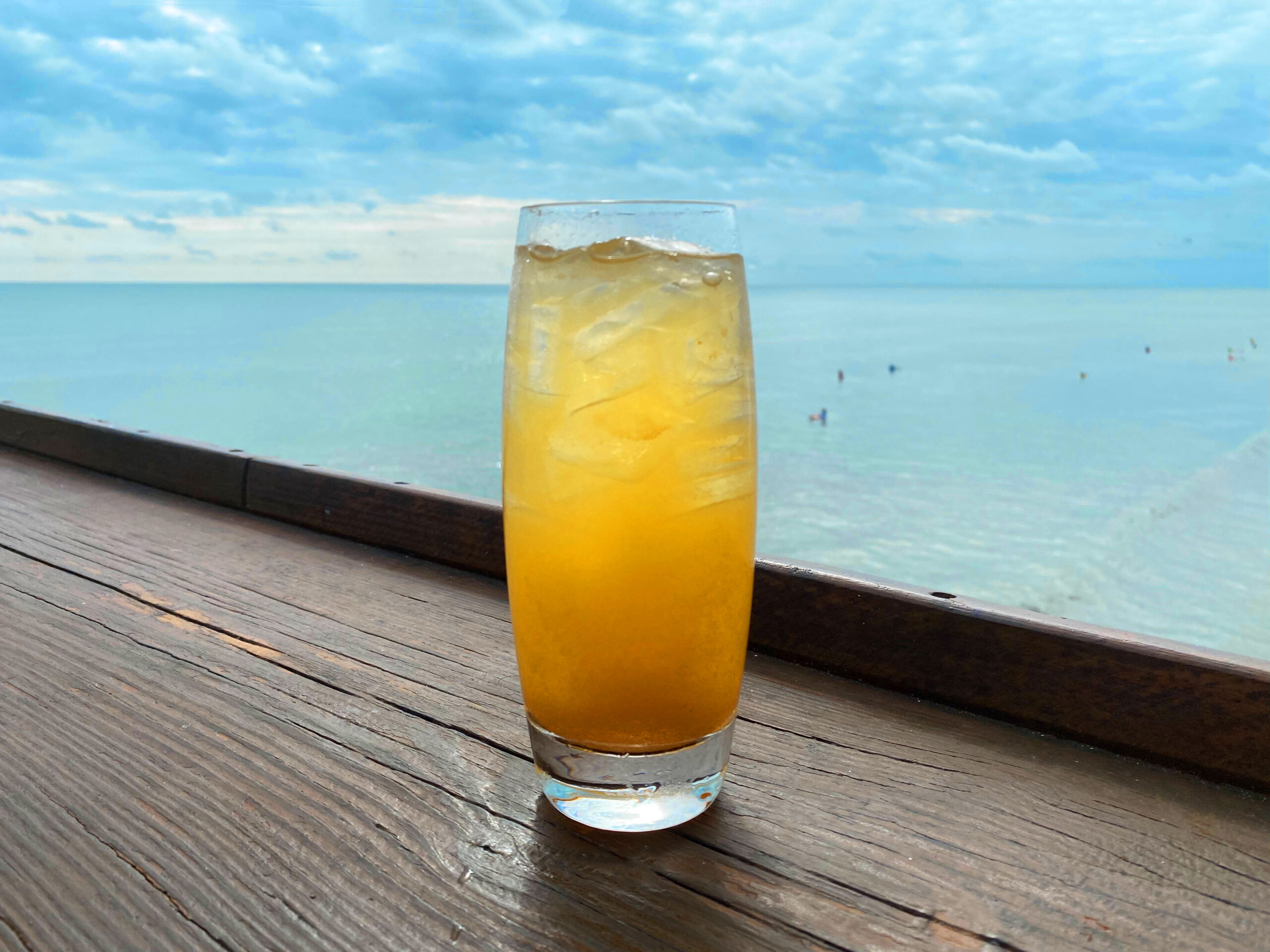 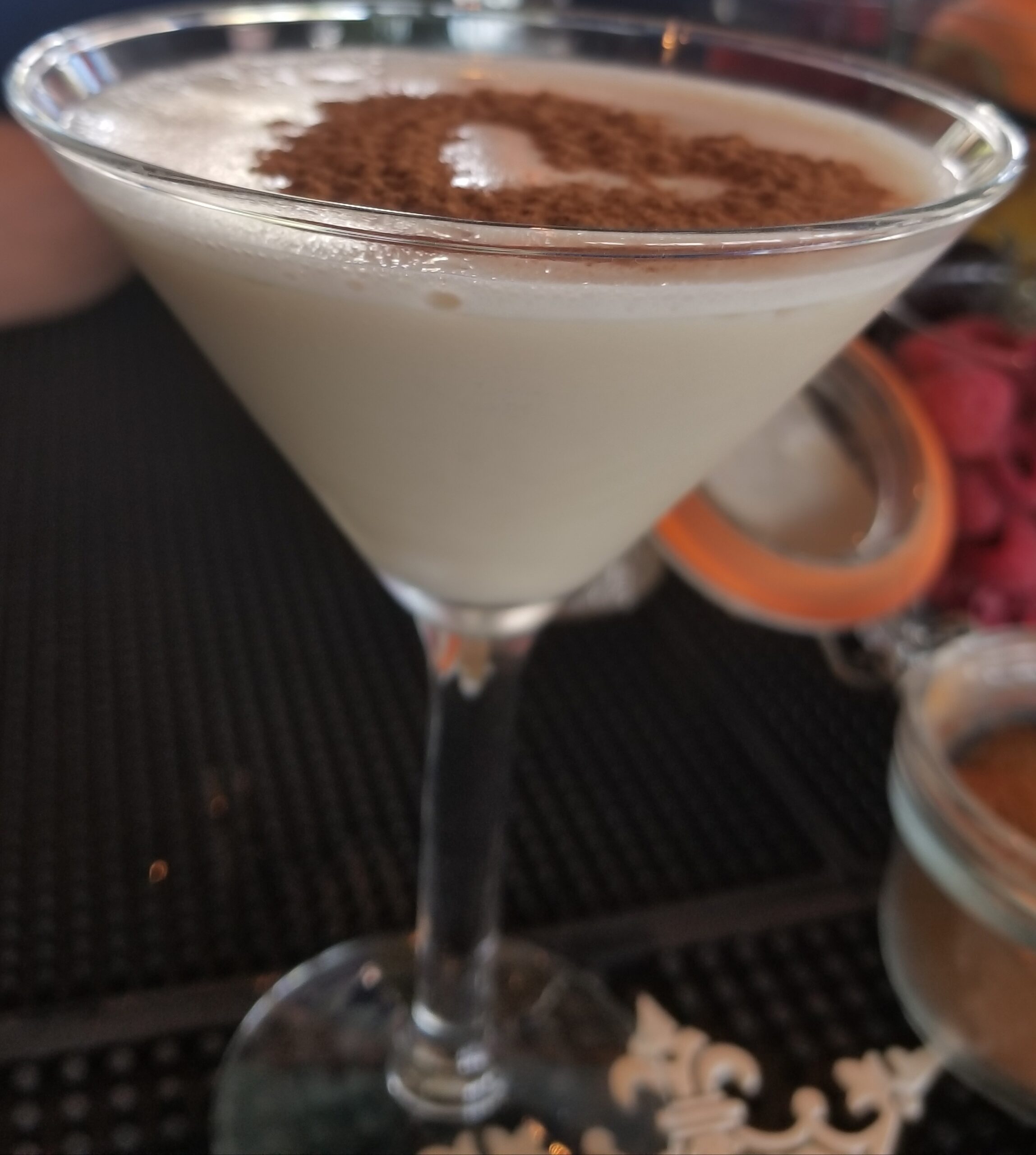 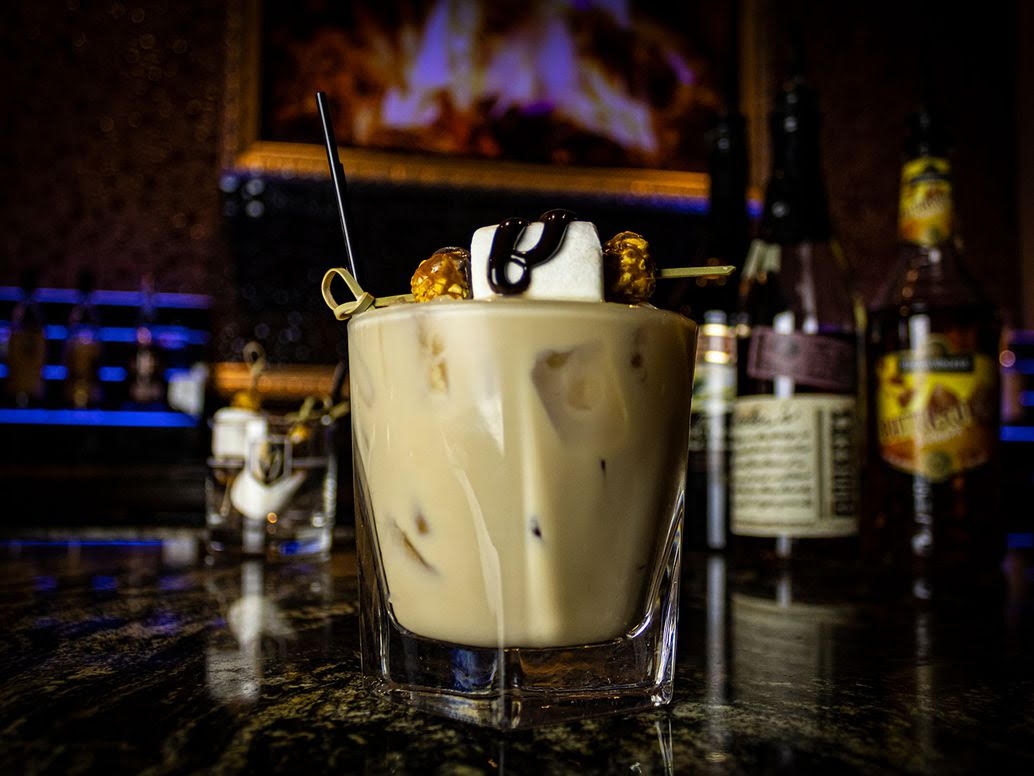 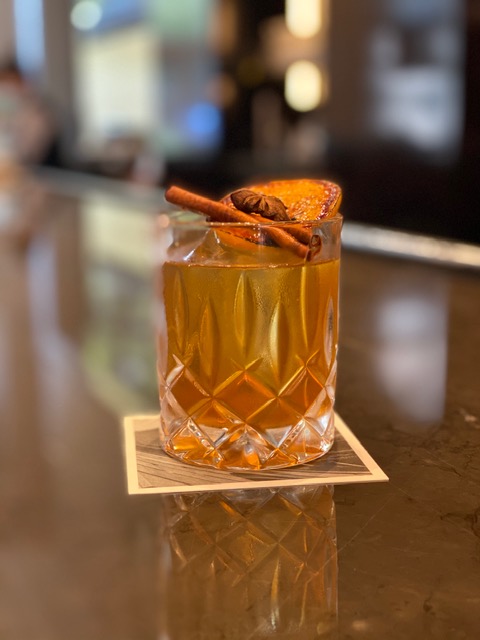 Ember Old Fashioned at Hotel Crescent Court – Dallas, TX
Sugar, spice and everything nice – the Ember Old Fashioned delivers classic holiday flavor served up at Beau Nash, the swanky champagne bar and cocktail lounge, centrally located on the lobby level of Hotel Crescent Court. The bourbon-based libation is blended with a house-made Orange Spiced Syrup and orange bitters, then served over a large ice block and garnished with a cinnamon stick, bruleed orange wheel and Star Anise – making for an instagram-worthy seasonal splurge.

Instructions: To make the orange spiced syrup, add all ingredients into a pot and cook for 10 minutes until syrup begins to boil. Let cool for 5 minutes. Once the syrup is ready, then fill shaker glass with ice and blend bourbon, cooled orange spiced syrup and orange bitters, stir thoroughly. Fill old fashioned glass with a single large ice block pour bourbon and spiced syrup blend over and garnish with cinnamon, orange wheel and star anise. 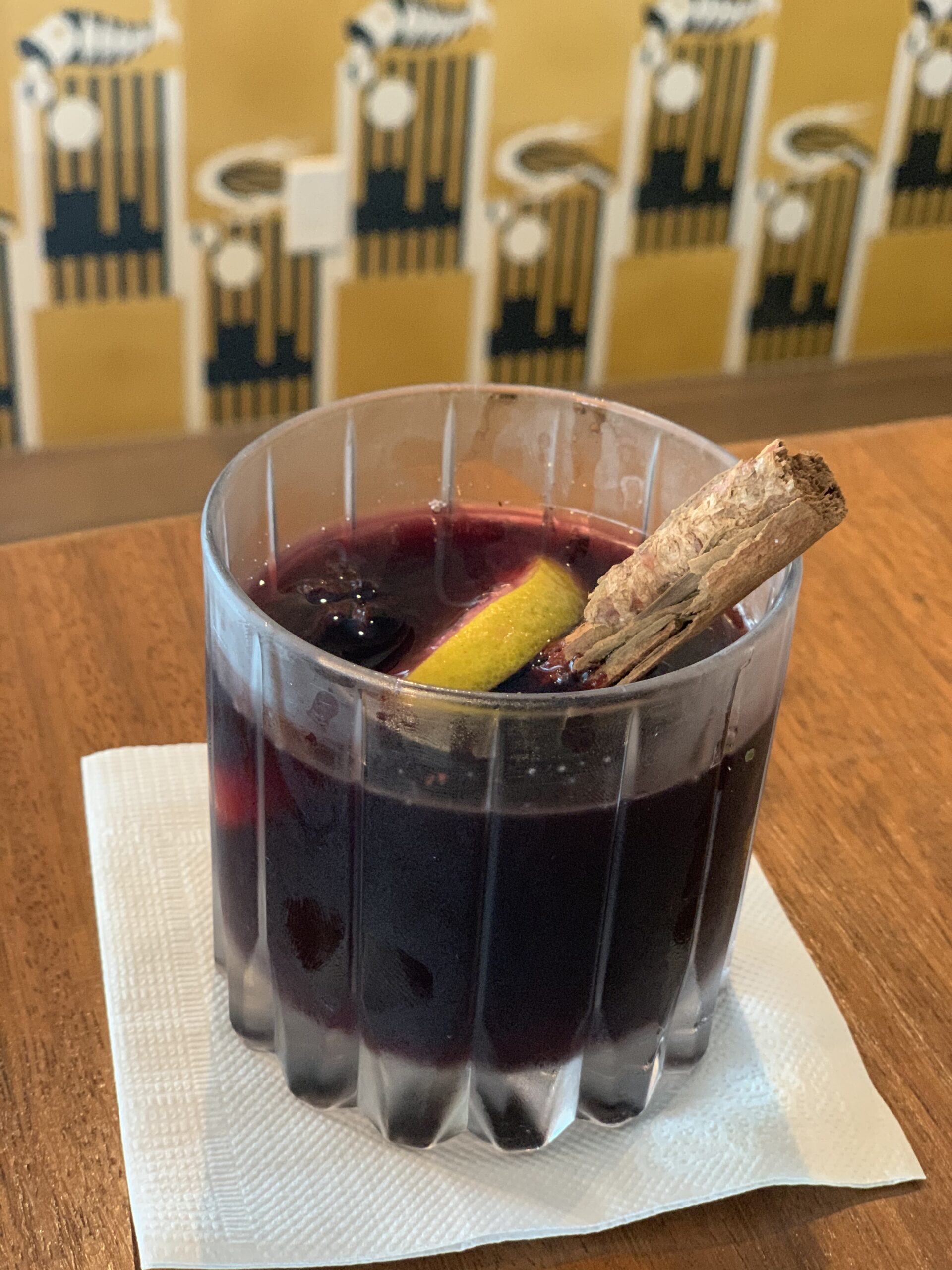 Warm Winter Wine at Bungalows Key Largo – Key Largo, Fla.
Steeped in timeless island elegance, the luxury, adults-only Bungalows Key Largo – the first and only all-inclusive resort in the Florida Keys – is mixing up their rendition of a dreamy Winter cocktail, with the resort’s signature Warm Winter Wine. This lively libation serves as the perfect combination of an island cocktail and a cool weather classic.
Ingredients:
2 oz Red Wine
1 oz Brandy
5 Cloves
2 Star Anise
1 Cinnamon Stick
Instructions: Combine all ingredients into a small saucepan. Bring the ingredients to light boil, then drain in a rocks glass, add one slice of orange and pour the cocktail mixture over the top. Garnish with a cinnamon stick. 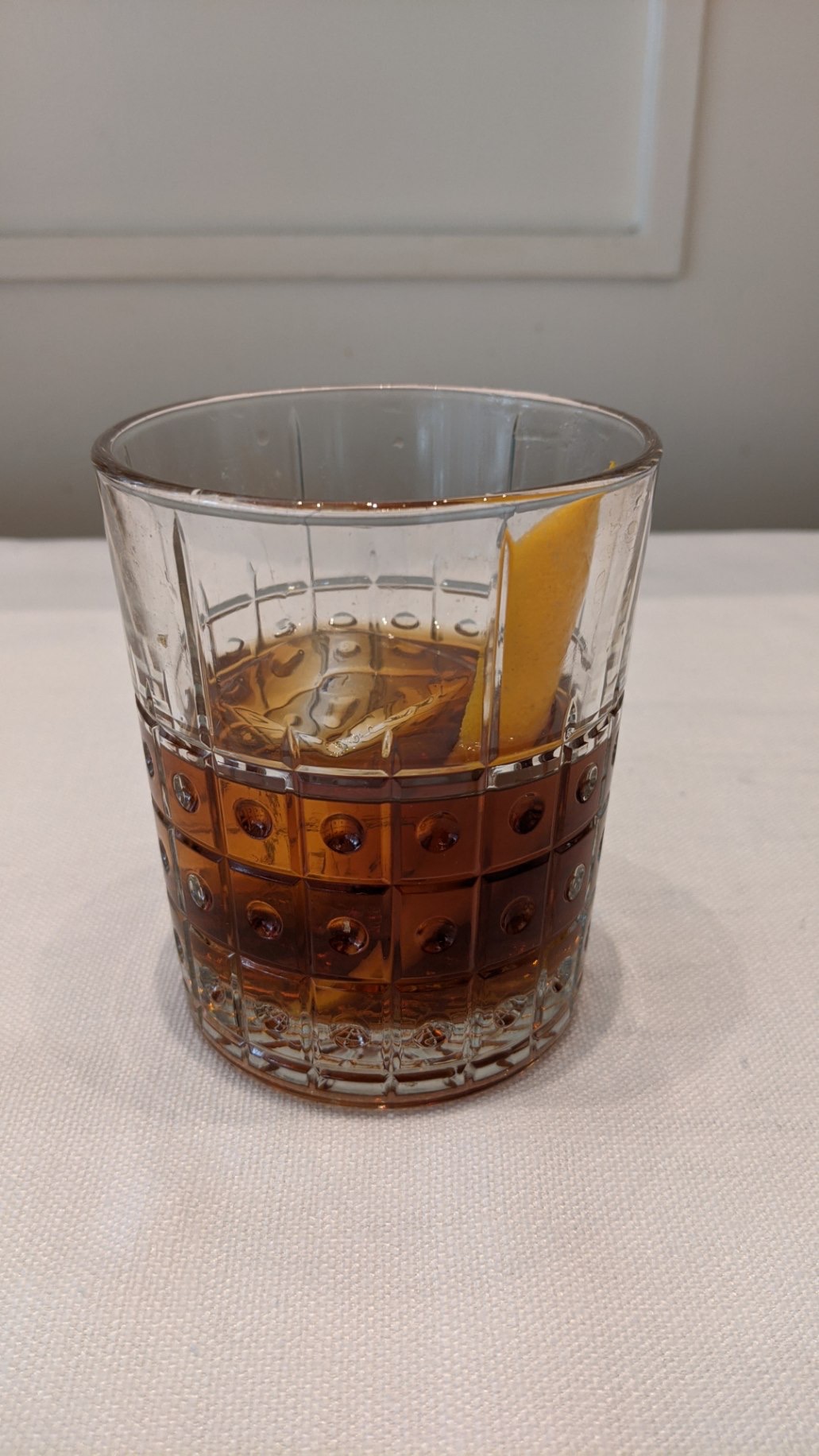 The Old Voice at The Ritz-Carlton, Dallas – Dallas, TX
Recognized at Texas’ first five-star hotel, The Ritz-Carlton, Dallas is a destination for Texas locals as much as visitors, with 218 lavishly appointed guest rooms and suites, a full-service spa and three iconic dining outlets. Led by Celebrity Chef Dean Fearing, Rattlesnake Bar has whipped up The Old Voice, a seasonally inspired variation of an old fashioned cocktail, named after Bob Dylan – the voice of a generation.
Ingredients:
1 ½ oz Heaven’s Door Custom Blended Whiskey
¾ oz Alessio Vermouth Chinato
¼ oz Maple Syrup
3 dashes Angostura Bitters
2 dashes Orange Bitters
Instructions: Stir all ingredients with ice and then strain with a Hawthorne strainer into an old fashioned glass with one large whiskey cube. 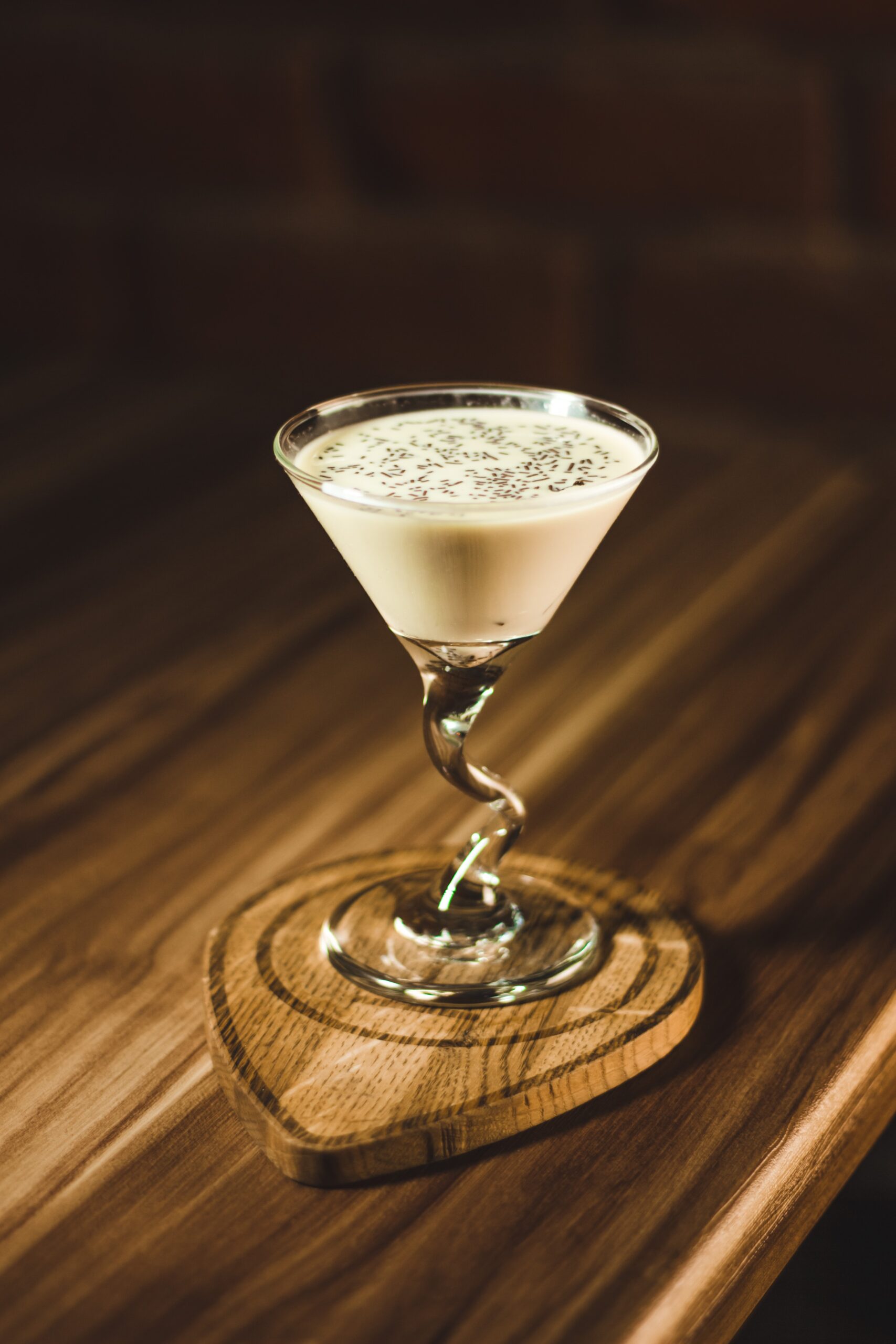 Tucked away from the hustle and bustle of Orlando, the 115-room luxury boutique Bohemian Hotel lives within the charming, quiet town of Celebration, Florida. Whether you dine indoors or on the lakeside terrace, be sure to sip on the chilled Wonderland cocktail to attract your inner holiday spirit.

Instructions: Combine all ingredients in a cocktail shaker and fill the shaker with ice. Shake vigorously for 30 seconds, until whites are foamed and creamy. Strain into coupe and garnish with light dusting of nutmeg. 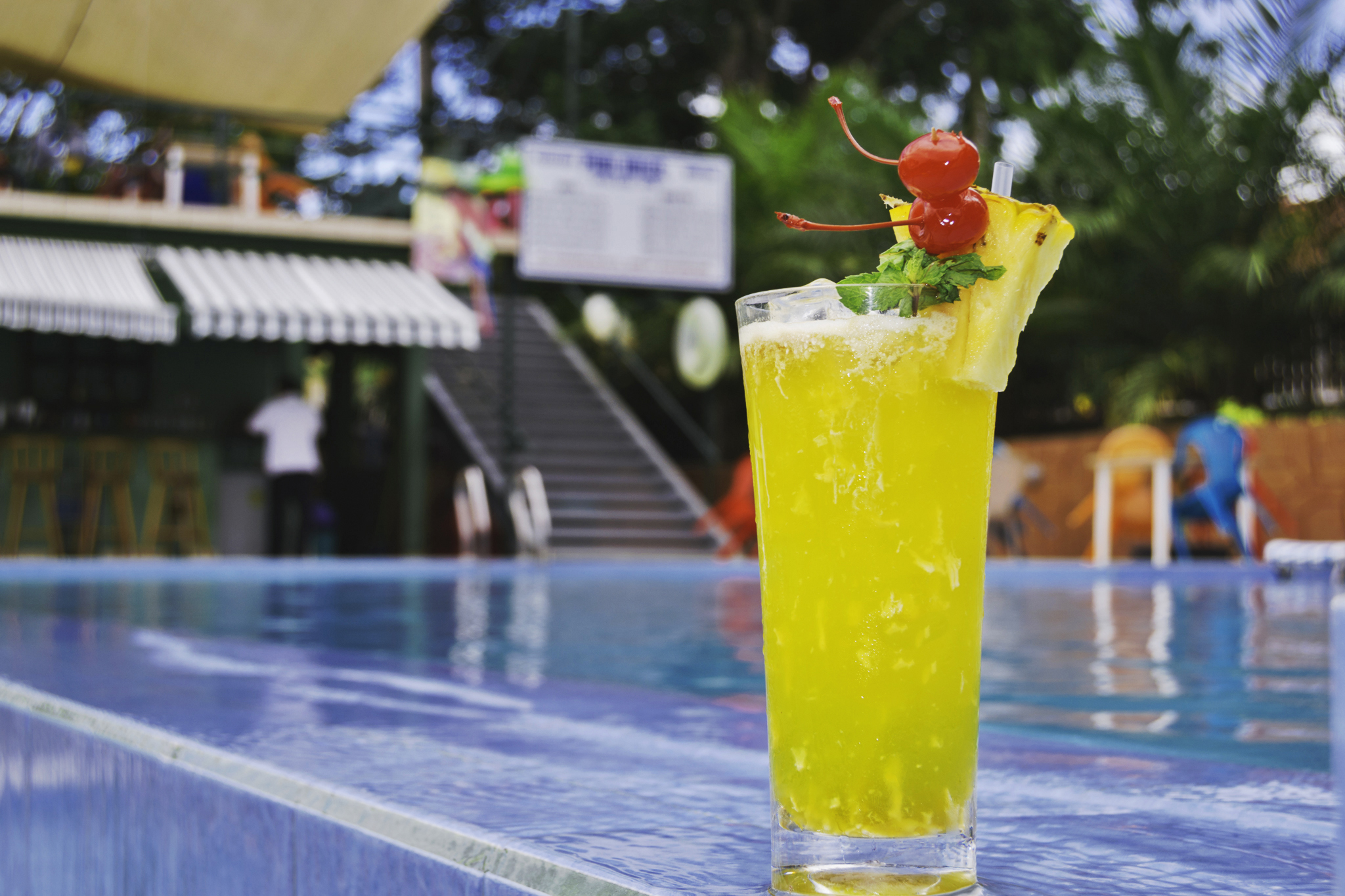 Rum-Pum-Pum Punch – Belize Tourism BoardWarm your winter with a toasty variation of the country of Belize’s national cocktail, Rum Punch – this local delicacy appears on almost every drink menu in the country, and it’s one of the best drinks to take liberties with, mixing and matching fruits and dialing up (or down) the amount of rum included. Made from sugarcane, rum originated in the Caribbean, and it’s still the most popular liquor in the region. With the addition of fresh juices and citrus, it becomes a source of energy and warmth, transporting you to paradise whenever temperatures begin to plummet. Rum Punch is a quick and easy cocktail to make and only requires:
Ingredients:
2 cups White Rum
1 cup Coconut Rum
2 ½ cups Fresh Orange Juice and Pineapple Juice
1/2 cup Fresh Lime Juice3 tbsp Grenadine (or enough to make the punch into a pretty pink color) *Variation: skip the grenadine and opt for freshly grated nutmeg or cinnamon for a touch of seasonal flair
Instructions: Stir all the ingredients together in a pitcher or punch bowl, and chill before serving. Use short rocks glasses full of ice and garnish your Rum Punch with slices of orange and pineapple. This recipe yields 8-10 servings. 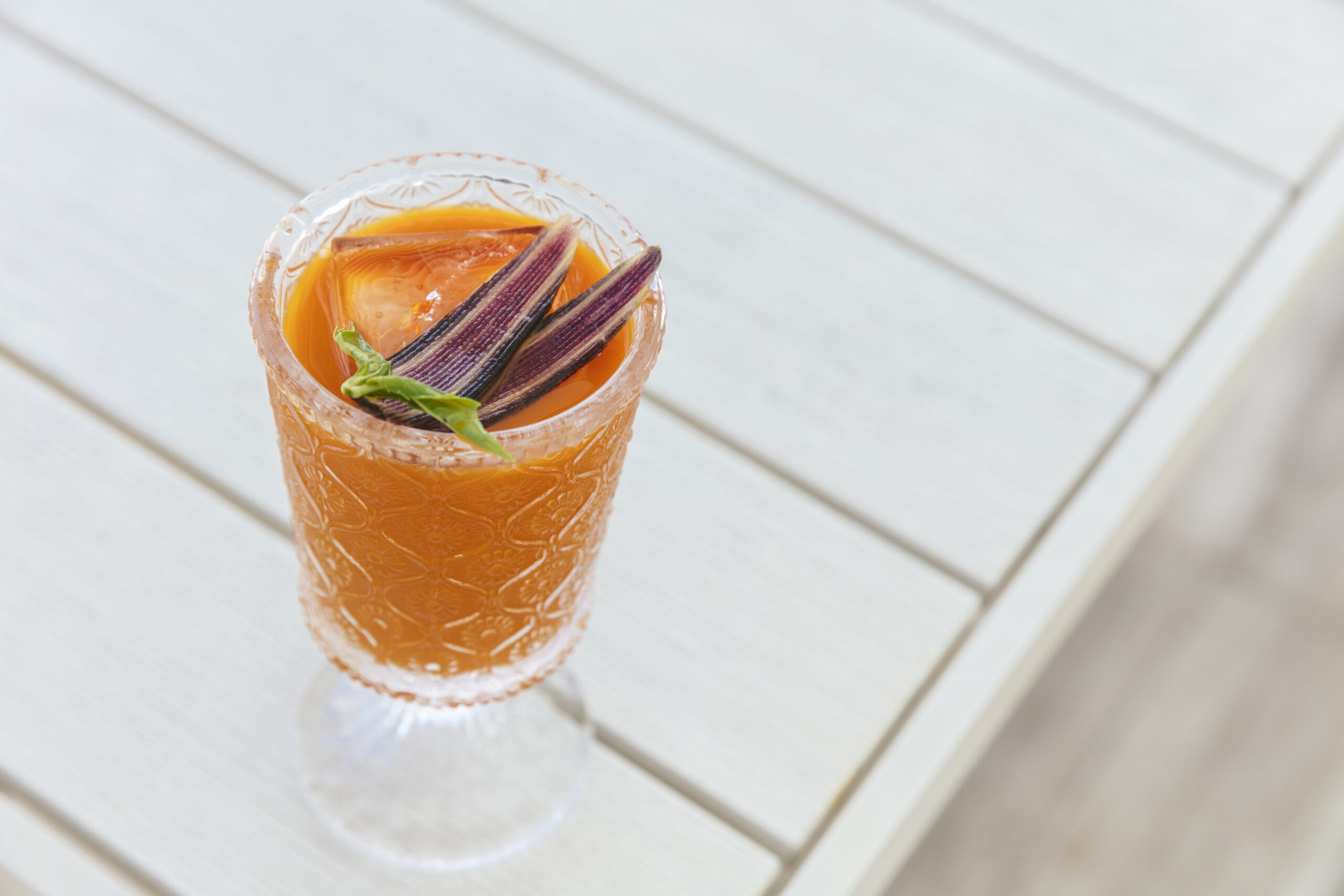 Merry Merry Bloody Mary at Ta-boo – The Palm Beaches, Fla.
Have a bloody good time this holiday season with The Palm Beaches – known as America’s First Resort Destination, comprised of 39 towns and cities from Boca Raton and Delray, to Palm Beach and Jupiter – as they serve up their take on the traditional Bloody Mary. Legend has it, this cold cocktail originated at the destination’s iconic bistro and bar, Ta-boo, as a soothing remedy for Barbara Hutton after a night of partying and celebration. From then on, the quaint bistro became a haven for the wealthy and well-known patrons – drawing in the the likes of John F. Kennedy, Frank Sinatra, and the Duke and Duchess of Windsor, to name a few. It is often said, “If you were not seen at Ta-boo, you were not seen in The Palm Beaches.” Variations of this classic cocktail appear on many drink menus throughout Palm Beach County. Trick your mind into feeling like you are on vacation with The Palm Beaches’ Merry Merry Bloody Mary, it only requires:
Ingredients:
1 tsp Sea Salt1 cup Ice Cubes
1 1.5 fluid oz Jigger Vodka
3/4 cup Spicy Tomato-Vegetable Juice Cocktail
2 Dashes Worcestershire Sauce1 Dash Hot Pepper SauceSalt and Pepper to taste1 Stalk Celery
Instructions: Salt the rim of a tall glass. To do so, pour salt onto a small place, then moisten the rim of a glass on a damp towel and begin to press into the salt. Fill the glass with cubes of ice. In a cocktail mixer filled with ice, combine vodka, Worcestershire sauce, vegetable juice, hot pepper sauce, and salt and pepper. Shake vigorously and strain into glass. Garnish with choice of accoutrement, such as purple baby carrots, celery stalks, etc. 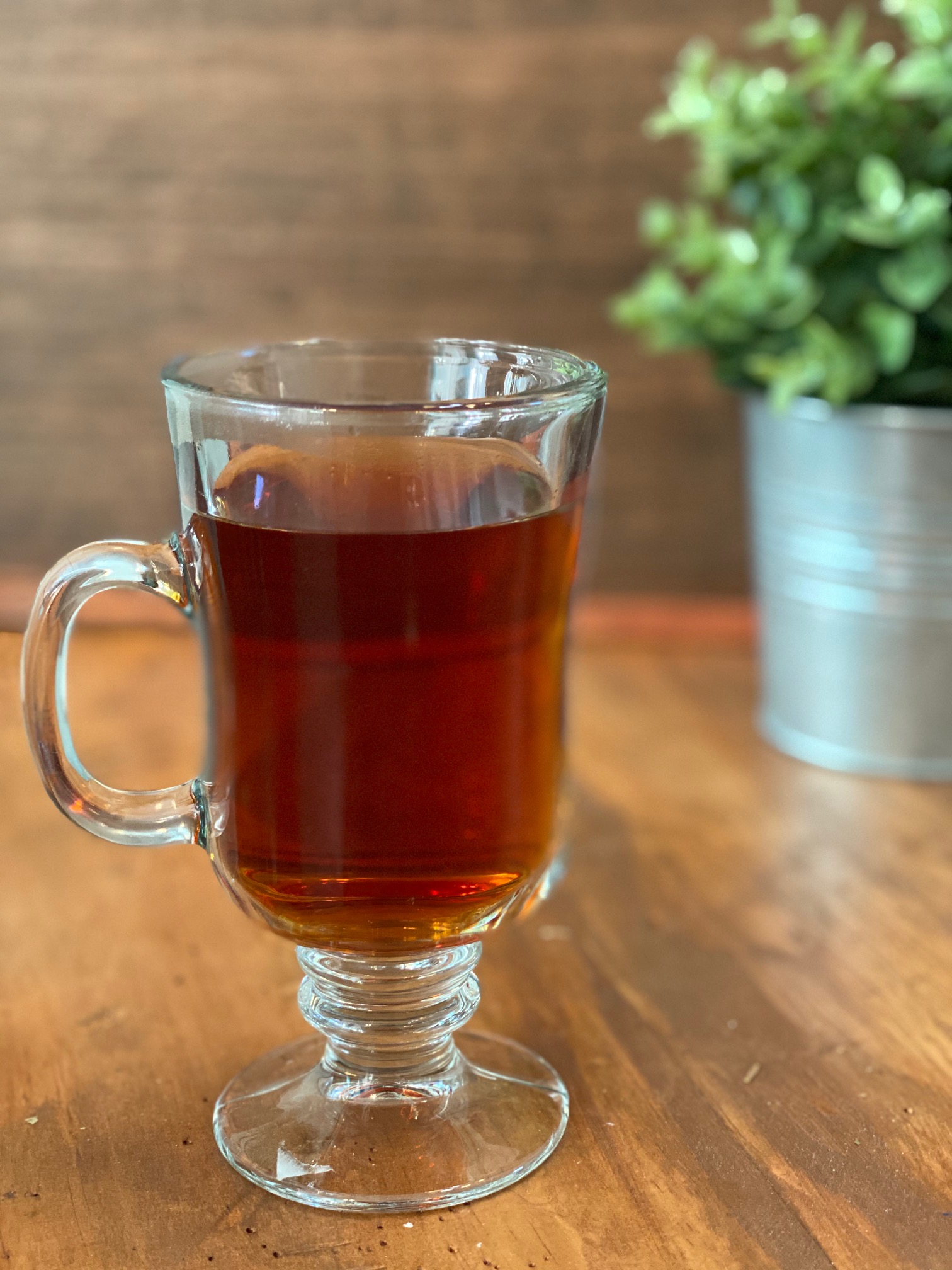 Red Hot Cinnamon Cocktail from The White Heron Tea & Gifts – New Port Richey, Fla.
Owned and operated by the only tea sommelier in the state, The White Heron Tea & Gifts is host to a diverse array of herbal, black and rooibos teas to suit the most refined of palates. Owner and certified tea sommelier Kelly M. Hackman says, “Cinnamon is a popular spice used during the holiday season, so why not make it into a warm winter cocktail. This Red Hot Cinnamon cocktail abounds with spicy cinnamon and is the perfect way to keep yourself toasty from the inside out. Delicious as a treat during the day or even late into the evening.” Kelly also recommends pairing the boozy tea-tail with warm apple pie, vanilla ice cream and caramel drizzle.
Ingredients:
2 Cinnamon Black Tea bags (Driftwood Tea Company’s Cinnamon Black recommended) *If loose tea is preferred, use 1 tbsp tea for 12 oz of water
9 oz of water, heated to 212 degrees
1 oz Fireball Cinnamon Whiskey

Instructions: Heat water to 212 degrees F. Pour hot water into a large mug or other tea steeping vessel, add tea bags, and cover cup (to keep the tea as hot as possible). If using loose tea, put tea into mesh steeper, steeper basket, French press or other vessel of preference. Steep tea for 5 minutes (be sure to set a timer). Add Fireball Cinnamon Whiskey into a drinking glass. After 5 minutes, remove tea bags from water and dispose of tea bags. Add tea to glass with Fireball, mix well and enjoy. 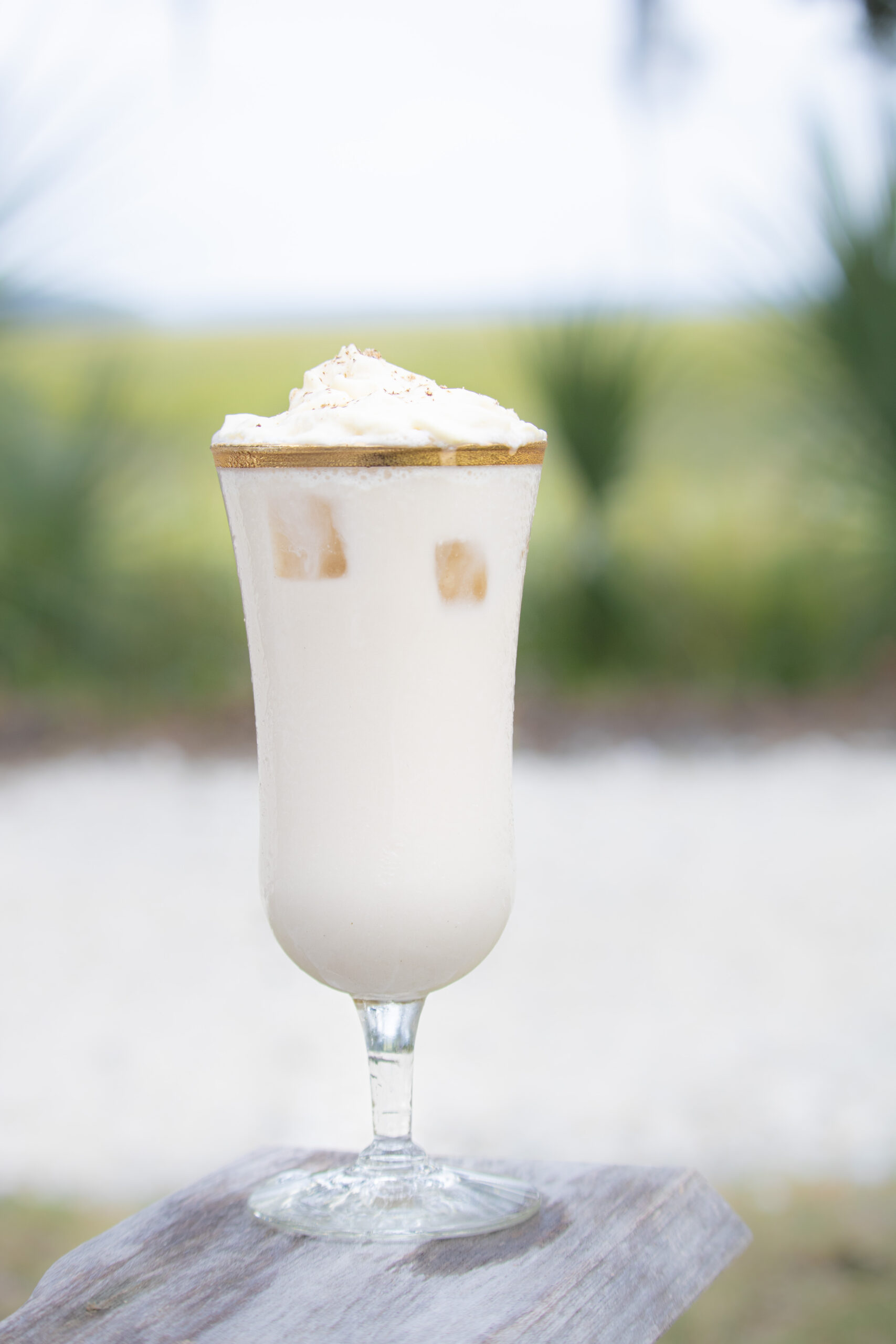 Nestled in a lush, 20,000-acre coastal nature preserve between Hilton Head Island and Savannah, five-star luxury resort Montage Palmetto Bluff shares the delectable “Tequila Milk Punch,” created by resort mixologist Britt Flores. The libation features a stunning presentation with a delicious, soul satisfying, yet boozy take on a very well-loved Southern cocktail. Enjoy “Tequila Milk Punch” while “porching” at home for the holidays – a long-standing Montage Palmetto Bluff tradition of socializing with friends and family, while relaxing on a scenic outdoor patio or around a cozy fire pit.

Instructions: Mix all ingredients together in a mixing tin and serve over ice. Top off with shaved Nutmeg. *For DIY Cinnamon Infused Tequila, place two whole cinnamon sticks in a liter of Tequila for one week. Remove cinnamon and serve. *For DIY vanilla syrup – make a classic 2:1 Simple Syrup. Place one fresh Vanilla Bean (cut in half-long ways) in syrup for 1 week. Strain Vanilla out of syrup and refrigerate. 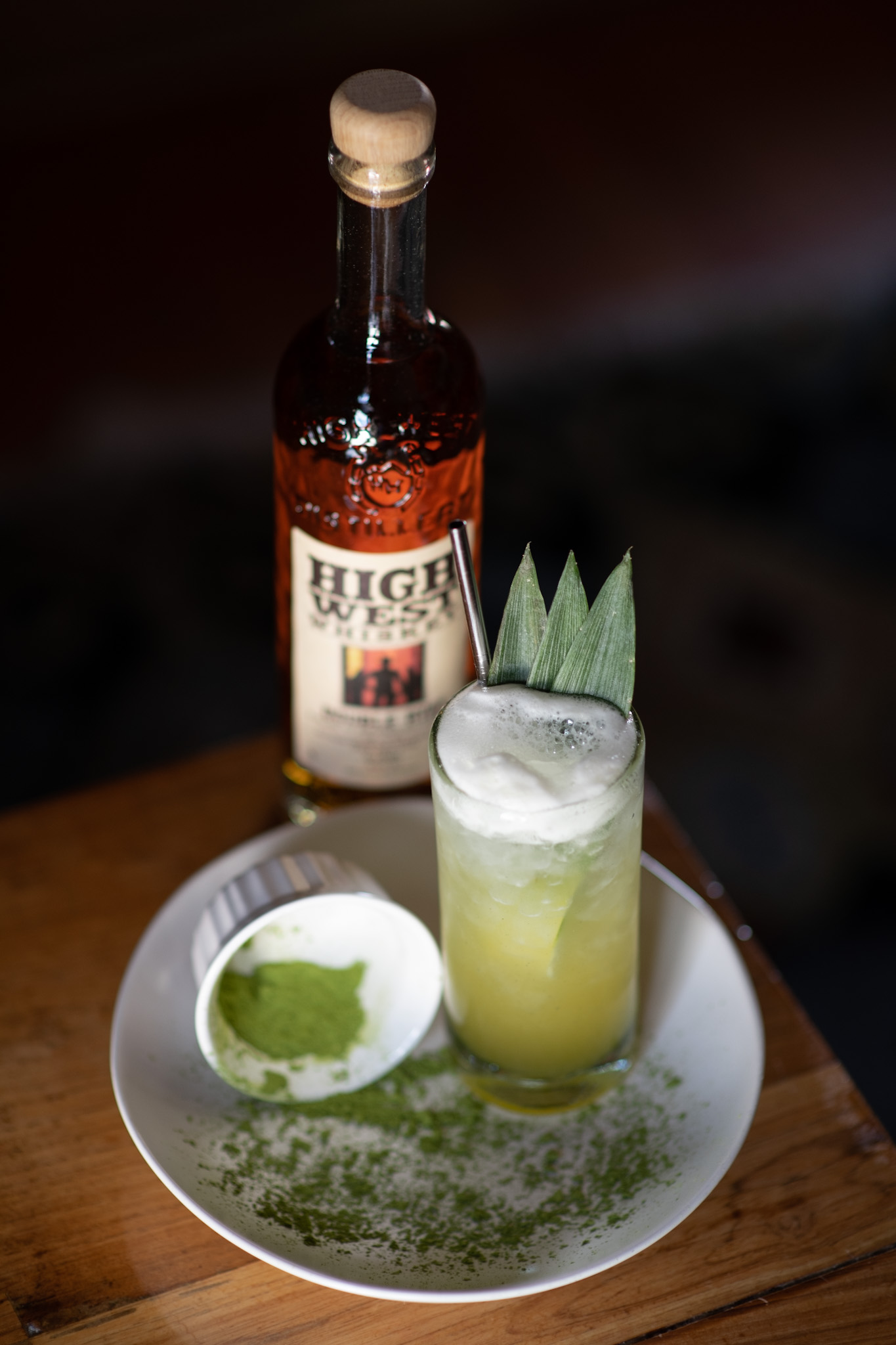 Reasons Your First Trip After This Should Be A Road Trip

0
Millennium Magazine January 7, 2021
No Comments Yet